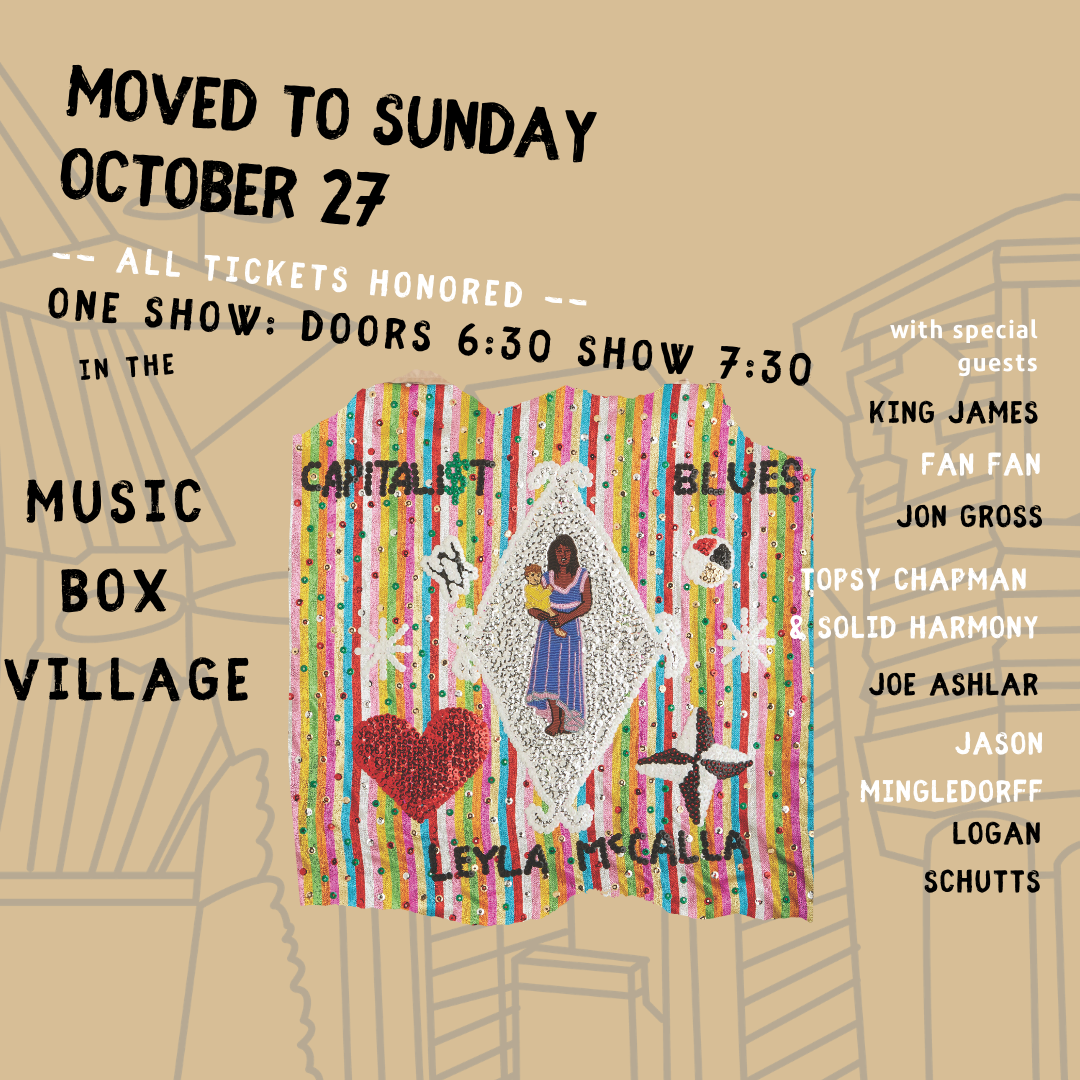 Songwriter and multi-instrumentalist Leyla McCalla’s third solo record reflects upon life in our current political climate where many of the issues are financial, but rarely simply financial. It’s a compelling new look at life inside the complexities of modern society in a not-so-modern city, bringing all of the celebration and strife that New Orleans embodies into its depiction. McCalla and producerJimmy Horn (King James and the Special Men)draw influences from across the Louisiana’s musical landscape--jazz, zydeco, R&B, Haitian ra ra--delivering a lively and soulful record that features an array of local talents.

The sounds and sentiments of Capitalist Blues feel as uniquely borne of New Orleans as the musical architecture of the Music Box Village. Here, salvage is spun into instruments of wonder and possibility. Together with the creative team at New Orleans Airlift, McCalla and Horn will expand and re-imagine Capitalist Bluesto integrate the sonic sculptures into their performance. Airlift is excited to bring this work to life in the Music Box Village, an even smaller microcosm of the town they share, with the help of their bandmates and friends.

Special guests who appeared on the recording will be joining McCalla’s band in the Music Box Village, including gospel and soul mavens Topsy Chapman & Solid Harmony, master Haitian drummer Fan Fan, and many of the members of Horn’s own King James & the Special Men. This performance will also be McCalla’s official album release party in New Orleans. Join us for two sets full of deeply resonant lyrics , dance rhythms from the Caribbean diaspora, and the imaginative sounds of the Music Box Village.