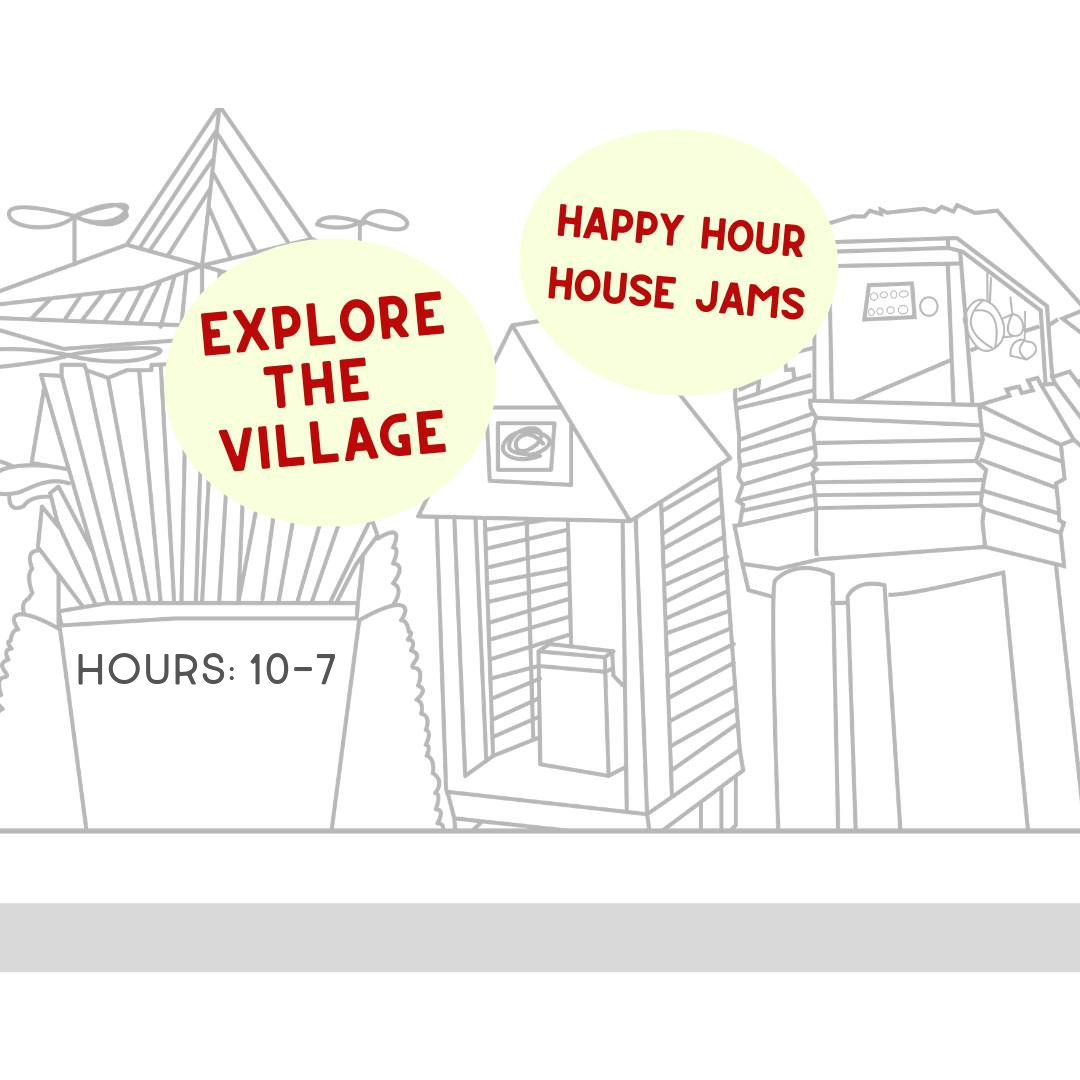 Open Hours invite guests to explore the Village and get hands-on with our 'musical architecture.'

During certain hours, musician docents are present in the Village giving guests a more in-depth look at how Music Box instruments work, leading visitors in improvised music-making and talking about the project in more detail. These New Orleans musicians make great Village guides! Thanks to the Positive Vibrations Foundation sponsoring our docent program!

Tasche de la Rocha - Tasche is based out of New Orleans Louisiana, is a multidimensional band leader of multiple projects as well as solo psych soul singer songwriter. With her intricate fingerpicked guitar, Tasche emanates traces of personality as far back as Billie Holiday and Edith Piaf and as far forward as Jeff Buckley, Kurt Cobain and Amy Winehouse. de la Rocha was raised in the circus as a child and resigned to fully devote herself to music. After starting out singing on street corners for a living and performing her entire life, Tasche has moved onto touring and occupying many stages in New Orleans. Whether performing solo or with a group, Tasche evokes a magnetic atmosphere pulling the audience in to forget time itself.