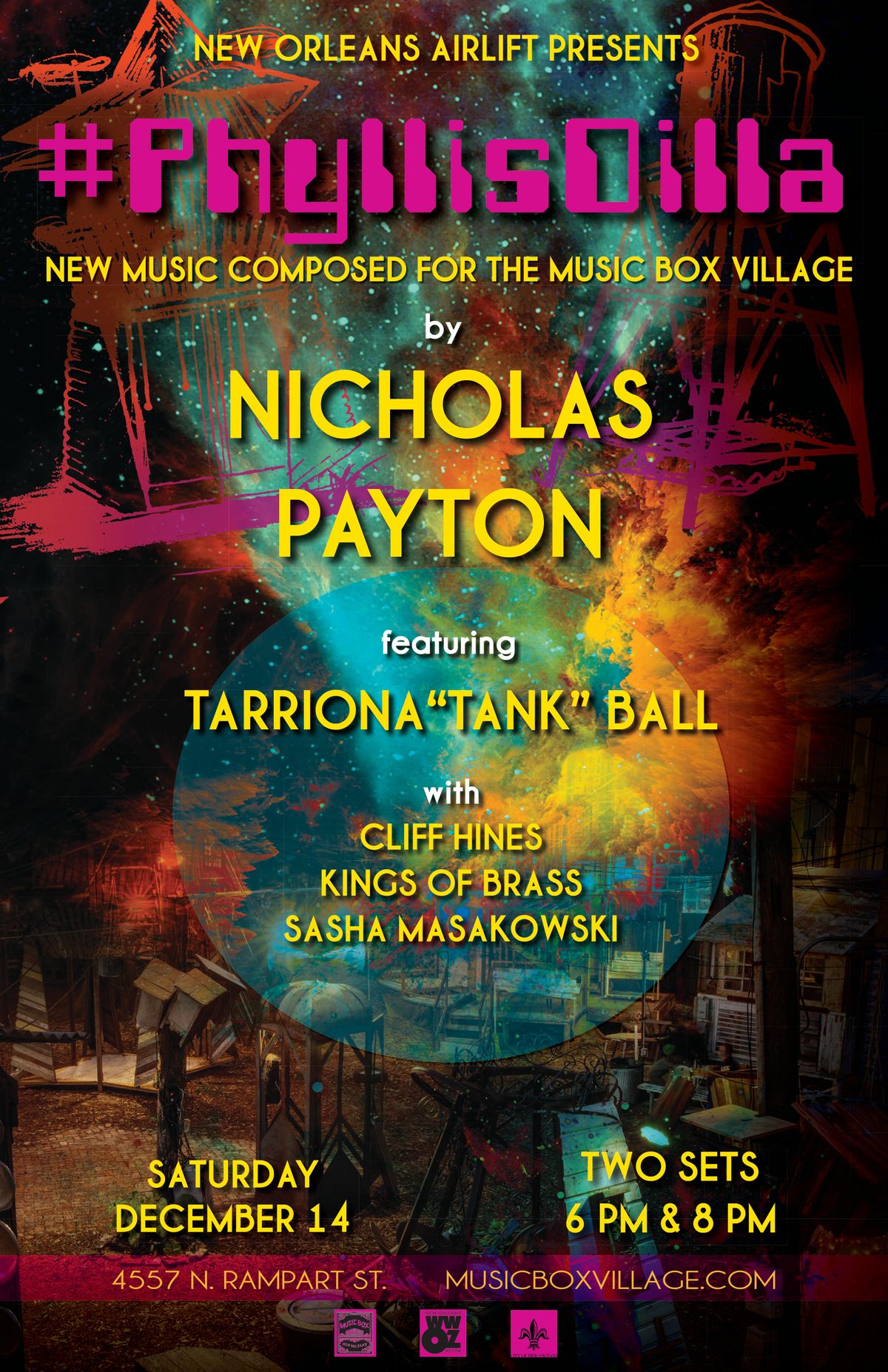 New Orleans Airlift is thrilled to bring together Grammy-winning composer and trumpeter Nicholas Payton with Tarriona “Tank” Ball of Tank and the Bangas in the Music Box Village to present an unparalleled musical moment: the presentation of an entirely new site-specific work composed by Payton, and the first-time collaboration of these two internationally-recognized powerhouses!

The artistic potential of the Music Box Village lies in its unique musical sculptures that have been crafted by dozens of collaborators over 8 years of creative development with New Orleans Airlift. Honoring this work and sharing his voice in the new dialogue between art, architecture, community and music that this venue personifies, Nicholas Payton is sharing his creative wealth with Airlift and New Orleans by composing a one-of-a-kind work for the Village. Joining Payton is the entrancing lead singer of Tank & the Bangas, Tarriona “Tank” Ball, returning to the Music Box Village for her first appearance since the performance of her own site-specific work, Alice Lost in 2017. Since that time, Tank and the Bangas have risen to stardom on the success of their NPR Tiny Desk Contest win followed by memorable performances at Coachella and Bonnaroo. Payton and Ball are a dynamic combination; two talents native to New Orleans who have sought to innovate and build upon the musical traditions that are their birthright. The ensemble will be filled out by members of Payton’s creative community, with more artists to be announced soon!

In Payton’s words, “#PhyllisDilla is a politically-charged ensemble that uses analogue aesthetics to express the electronic sensibilities of the digital age. From the primal to the present, from the sacred to the sensual, this audiovisual experience aims to arouse the vibratory field of any being attuned to its bandwidth.”